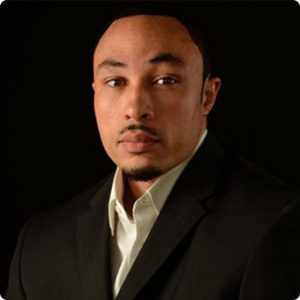 Schedule to Speak with a Specialist

There’s an old saying that no job is tougher than the one you take for granted. That could certainly be said about SNDAs and estoppels, two mainstay documents of lease administration that are all-too-frequently overlooked.

A subordination, non-disturbance and attornment – SNDA – agreement is actually three agreements in one. The “subordination” portion permits a lender-mortgagee of the property whose lien is junior or subordinated to the tenant’s (usually because the lease was recorded before recording the lien of the mortgage), to become superior to the lien of the lease.

Once the lender’s lien is superior (in the event of a foreclosure) the lender may eliminate all junior liens. Most lenders insist that their loans be a “first lien” and most landlords appreciate that their property will be more valuable and more attractive to lenders if all of their leases are subordinate to subsequent mortgages. So, landlords frequently include a provision that makes all leases subordinate.

However, lenders also need another agreement along with subordination, to ensure that tenants can’t walk away from their leases in the event of a foreclosure. This agreement is called an “attornment,” which is especially necessary in the states that extinguish a lease once the property has been foreclosed (although this is not the rule in the majority of states). The attornment agreement creates a contractual bond between tenant third-party mortgagee, pursuant to which the tenant agrees it will recognize the mortgagee as landlord.

It is important to note that in the majority of states where a foreclosure does not automatically extinguish the lease, the lender can still extinguish the lease at its option. If for example, the lease is at a below-market rent in a rising market. These states are referred to as “pick-and-choose” jurisdictions. Thus, whether in a state that automatically extinguishes the lease or in a pick-and-choose state, the tenant needs an agreement so that it is not left at the whim of the lender and the real estate market.

What should a tenant look for in an SNDA? First, it is important to remember that only the strongest tenants have much room to negotiate important provisions. Therefore, a tenant should try to negotiate only the most important issues first. For most tenants, this is unquestionably the non-disturbance agreement.

A strong tenant should be more specific, especially if signing a lease for a space that is under construction or requires substantial repairs or renovation. In that case, it should include a provision requiring the mortgagee to complete any unfinished construction begun by the landlord as a pre-condition to collecting rent. (Many subordination agreements excuse lenders from this obligation, and tenants should watch for this language in their lease forms.) This provision might also include a similar covenant for casualty and condemnation repairs.

These rules apply where there is a ground lease or in cases of a sublet. A tenant should insist on a non-disturbance agreement from the ground lessor as well as from the master landlord and any of its lienors.

Beyond the non-disturbance agreement, tenants that risk losing substantial investments, especially those in free-standing locations and small centers, should insist that the SNDA be a separate document from the lease (in case there is any claim that the SNDA was extinguished as part of the lease in a foreclosure). Tenants should also insist upon the right to record the SNDA or a memorandum.

A more common document for a lease administrator is the estoppel. Usually, the estoppel is sent by the landlord whenever it is selling or refinancing property. Sometimes, the estoppel will be sent by the tenant when assigning, subletting or selling its business. In either case, the effect of the estoppel is to bind the executing party to certain statements of fact. These facts might include the existence of a binding lease and the documents that constitute the lease, the status of rent payments and security deposits and any lease defaults.
Breach of contract

From the tenant’s point of view, there are only a few issues to keep in mind. First, when negotiating the lease, do not permit the landlord to execute the estoppel for the tenant if it is not returned within the time period allotted — which should be at least 15, and preferably 30 days. Rather, the obligation to return the estoppel is a condition of the lease; a tenant’s failure to comply is a breach. Second, don’t permit the estoppel to be used “offensively.”

The purpose of the estoppel is to benefit third parties not privy to the landlord-tenant relationship. Courts have held that a landlord can’t use the estoppel against the tenant, for example, to claim that the tenant “agreed” that there haven’t been overcharges of operating costs. Still some care should be taken to preserve the tenant’s rights and remedies.

If a tenant is undertaking an audit of rent or other charges, the estoppel should be amended to the effect that “this statement is subject to any claims for overcharges that may be discovered in audit by Tenant.” Even if no audit is under way, or even planned, a tenant may still protect itself by inserting a phrase, such as, “this statement does not cover facts or conditions not within the Tenant’s actual knowledge at the time of execution.” If the tenant already has knowledge of overcharges or other breaches of the lease, it is certainly prudent to include them in the estoppel.

The bottom line is: SNDAs and estoppels serve the landlord and its lenders. While it is reasonable for your landlord to insist on them, a tenant must protect itself accordingly.

Dwaine is the Founder and President of NNN Deal Finder an investment real estate services firm exclusively focusing on Single and Multi-Tenant Net Lease Properties. The firm provides a full range of brokerage and advisory services nationwide to High Net worth Investors, Developers, REITs and Institutional Investment Funds. Contact Dwaine to discuss securing your next investment.

GCT Commercial Services, LLC, dba, NNN Deal Finder is a licensed real estate broker. The properties shown on this website may or may not be exclusively listed by NNN Deal Finder. All properties and information is deemed accurate and reliable but not guaranteed and should be independently verified.